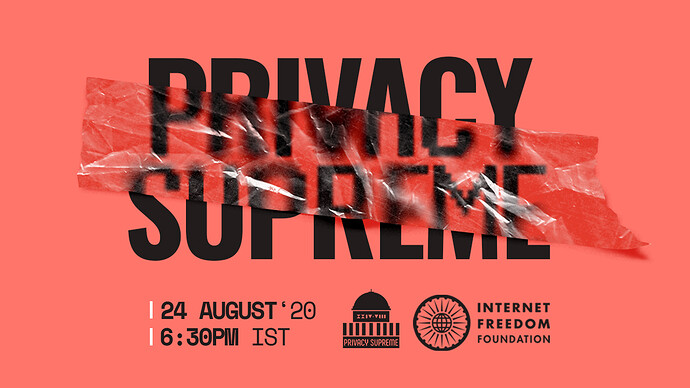 On 24 August, 2020 we mark the third anniversary of the Indian Supreme Court’s landmark judgement in K.S. Puttaswamy v. Union of India. While the 9 judge bench in Puttaswamy unanimously held that privacy was a fundamental right under the Indian Constitution, the true legacy of the case will be determined by how it holds up against a fairly challenging environment.

Every year IFF commemorates the anniversary of this judgement via an event titled #PrivacySupreme. It will be held at 6:30 PM on 24 August 2020 to both celebrate and critically appraise this watershed moment in Indian constitutional history and discuss the way forward.

Join us virtually, on 24th August at 6:30 PM for #PrivacySupreme

Faye D’Souza (@fayedsouza) is an award winning journalist, who has changed the way news is covered on Indian Television by focusing the audience’s attention on the issues that matter to the citizens rather than those that fuel the emotions of partisan debates.

Her focus on accountability of government, responsible taxation, safety of women and children, education, health and urban development has also resulted in several policy changes that have proven that a journalist can still bring about improvements in the status quo. 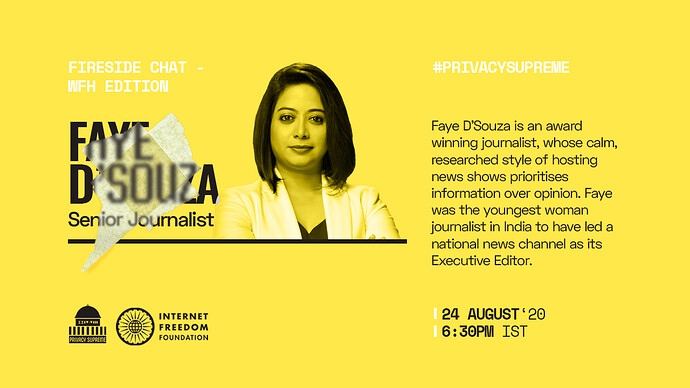 Mahua Moitra (@mahuamoitraofficial) is a member of parliament in the 17th Lok Sabha from Krishnanagar, West Bengal. A former investment banker quit her job in London in 2009 to enter the Indian political scene. She pursued higher education at Massachusetts’ Mount Holyoke College in the United States where she studied mathematics and economics. She is a Member of the Standing Committee on Information and Technology and a Member of the Consultative Committee for Ministry of Health and Family Welfare. The Unpanel: Lightening Talks by Experts

Our amazing line up of speakers for the Unpanel- a segment of Privacy Supreme in which experts across different fields address specific issues in just a couple of minutes. 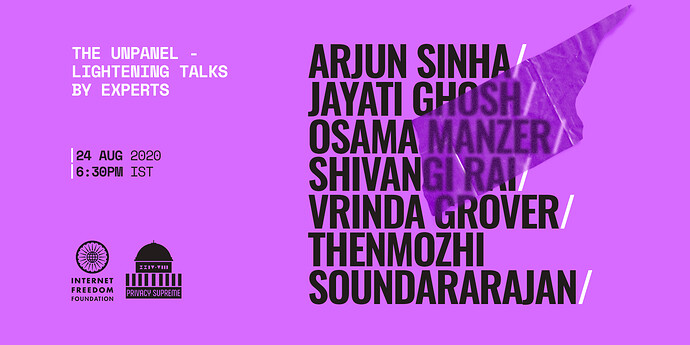 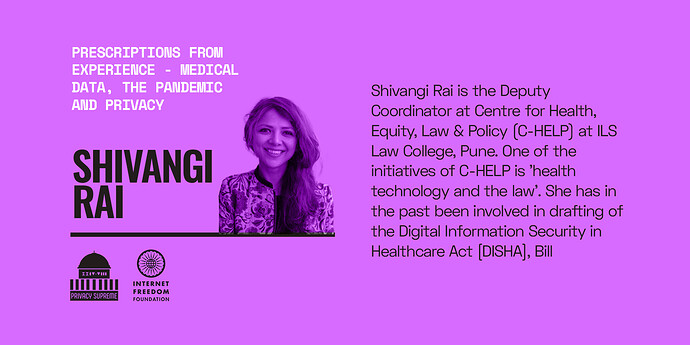 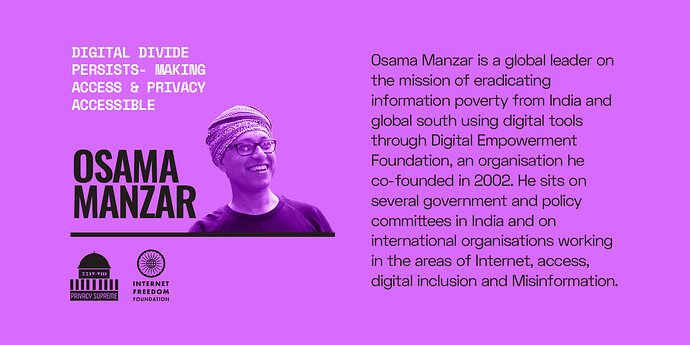 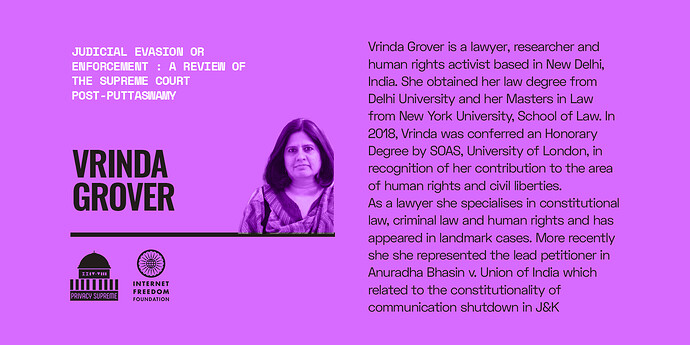 The Internationale: Mutale Nkonde in conversation with Anushka Jain. 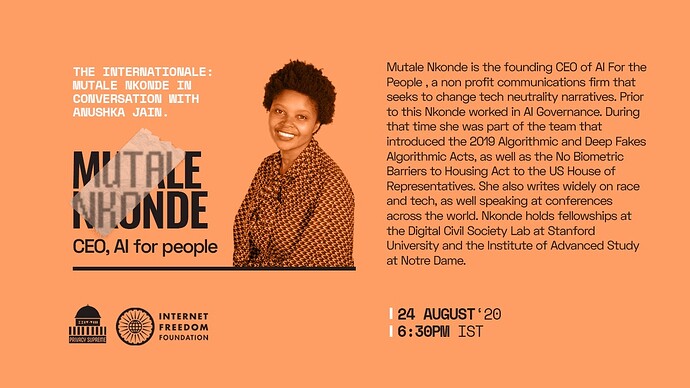 Mutale Nkonde is the founding CEO of AI For the People , a non profit communications firm that seeks to change tech neutrality narratives. Prior to this Nkonde worked in AI Governance. During that time she was part of the team that introduced the 2019 Algorithmic and Deep Fakes Algorithmic Acts, as well as the No Biometric Barriers to Housing Act to the US House of Representatives. She also writes widely on race and tech, as well speaking at conferences across the world. Nkonde holds fellowships at the Digital Civil Society Lab at Stanford University and the Institute of Advanced Study at Notre Dame. We are live on YouTube for #PrivacySupreme. Sorry about the interruption earlier.