Yet another call for E2E backdoors

Driven by the UK, and co-signed by India (and a few others), this is yet another call to jeopardize E2E with backdoors.

International statement calling on tech companies to ensure end-to-end encryption is not implemented in a way that erodes public safety.

This needs some serious attention from IFF.

International statement calling on tech companies to ensure end-to-end encryption is not implemented in a way that erodes public safety.

Suman, thank you for keeping a watch out for this. This is indeed awful. IFF has earlier partered and co-signed on an international statement in support of E2E encryption. https://cdt.org/insights/open-letter-facebooks-end-to-end-encryption-plans/

Definitely a worrying development! We have filed some RTIs regarding this. https://twitter.com/internetfreedom/status/1316027699039625218

There also seem to be several different proposals floating around besides tagging every message with the identity of the originator which has been the most discussed proposal in India. For instance, the UK has also pushed for a ghost user proposal which it claims does not affect encryption but comes with its own set of problems!

On Ghost Users and Messaging Backdoors

The past few years have been an amazing time for the deployment of encryption. In ten years, encrypted web connections have gone from a novelty into a requirement for running a modern website. Smar…

One thing that caught my eye was that although the statement was filed under counter-terrorism, it mentioned the word terrorist exactly twice - once in the text and once quoting an earlier joint statement by the States and EU; but it mentioned variations of the word “child” in context of sexual abuse 13 times.

This could be the first of many attempts to position encrypted communication as an internal threat, rather than an external one. I believe, that with the fall of Daesh, terror threats subsiding, and the Middle East becoming (somewhat) calm, these nations want a different excuse to expand their surveillance powers.

CSAM could be what WMDs were in the Iraq War.

We have received a reply from the Ministry of External Affairs dated November 13, 2020 stating that they could not trace any records under their jurisdiction nor could they identify any other public authority which may possess related information, pertaining to the subject matter of the query.

This essentially means that the MEA does not have any information about an international statement that India has become a signatory to.

RTI Reply from MEA on Intl Statement on End to End Encryption.pdf

This essentially means that the MEA does not have any information about an international statement that India has become a signatory to. 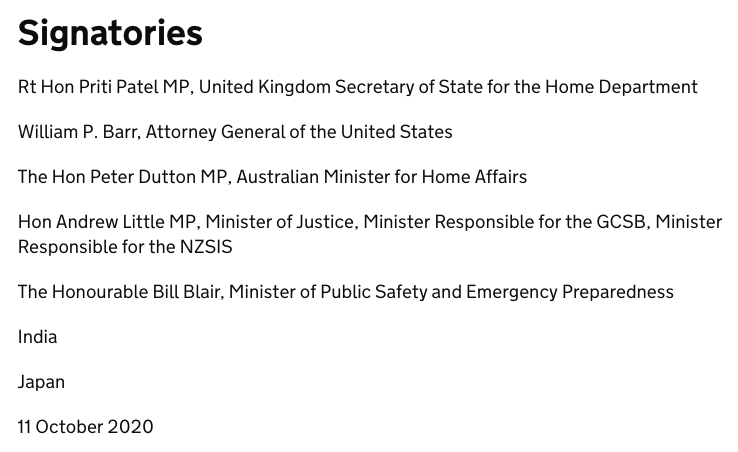 It’s curious that India and Japan are mentioned as signatories, without naming any individual representatives.

Surely, there’s a perfectly rational explanation for all of this.

Technical experts from the Global Encryption Coalition recently released a statement busting myths about backdoors, client side scanning and secure enclaves. I found it to be a very informative read covering different types of proposals for detecting illegal content on E2E platforms. 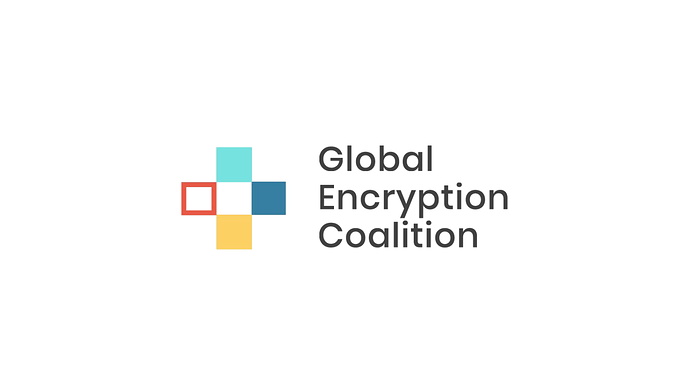